Do we have to choose between Science and Faith?

Science and Faith in ‘conflict’…

Many people often cite the conflict between Science and Religion as an obstacle to belief. Science is often seen as the only rational way of thinking and understanding reality, whereas  faith is characterised as believing without evidence or wishful thinking, and in that view its not much of a choice.

But what if we don’t have to choose and what if those over-simplistic modern notions of both Science and Faith fail to tell us the full picture?

To discuss these and some other wishes we conducted an interview with someone who can legitimately say they have a foot in each camp and live in the tension between Science and Faith. 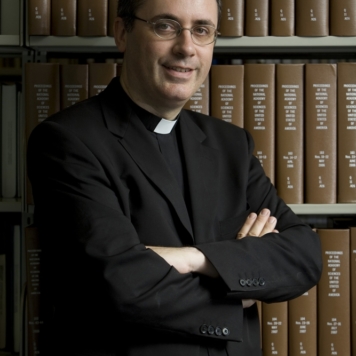 We went and spoke to Fr Andrew Pinsent who is both a Scientist & a Catholic Priest. Fr Andrew for a number of years worked as a partial physicist at CERN and since training to become a Priest currently heads up the Ian Ramsey Centre for Science & Religion at the University of Oxford.

We spoke to Fr Andrew to get his thoughts on the relationship between science and faith.

For more information about Fr Andrew and his work in the Ian Ramsey Centre visit: www.ianramseycentre.info

Science vs Religion: An interview with Fr Andrew Pinsent

BCYS 20 Nov
Encourage, celebrate and pray for young people - not just today but every day - and all those who work with them.… twitter.com/i/web/status/1…

BCYS 18 Nov
"What kinds of "haste" do you have, dear young people? What leads you to feel a need to get up and go, lest you end… twitter.com/i/web/status/1…